Completed Frollicking Foal, a sculpture of a Life-Size Foal in Bronze.

Cece Stewart, owner of Oak Meadows Farm, is pleased to announce the unveiling of a beautiful...newly commissioned sculpture by Mary Sand."Frolicking Foal" is on display at Oak Meadows Farm in Edgemoor, SC 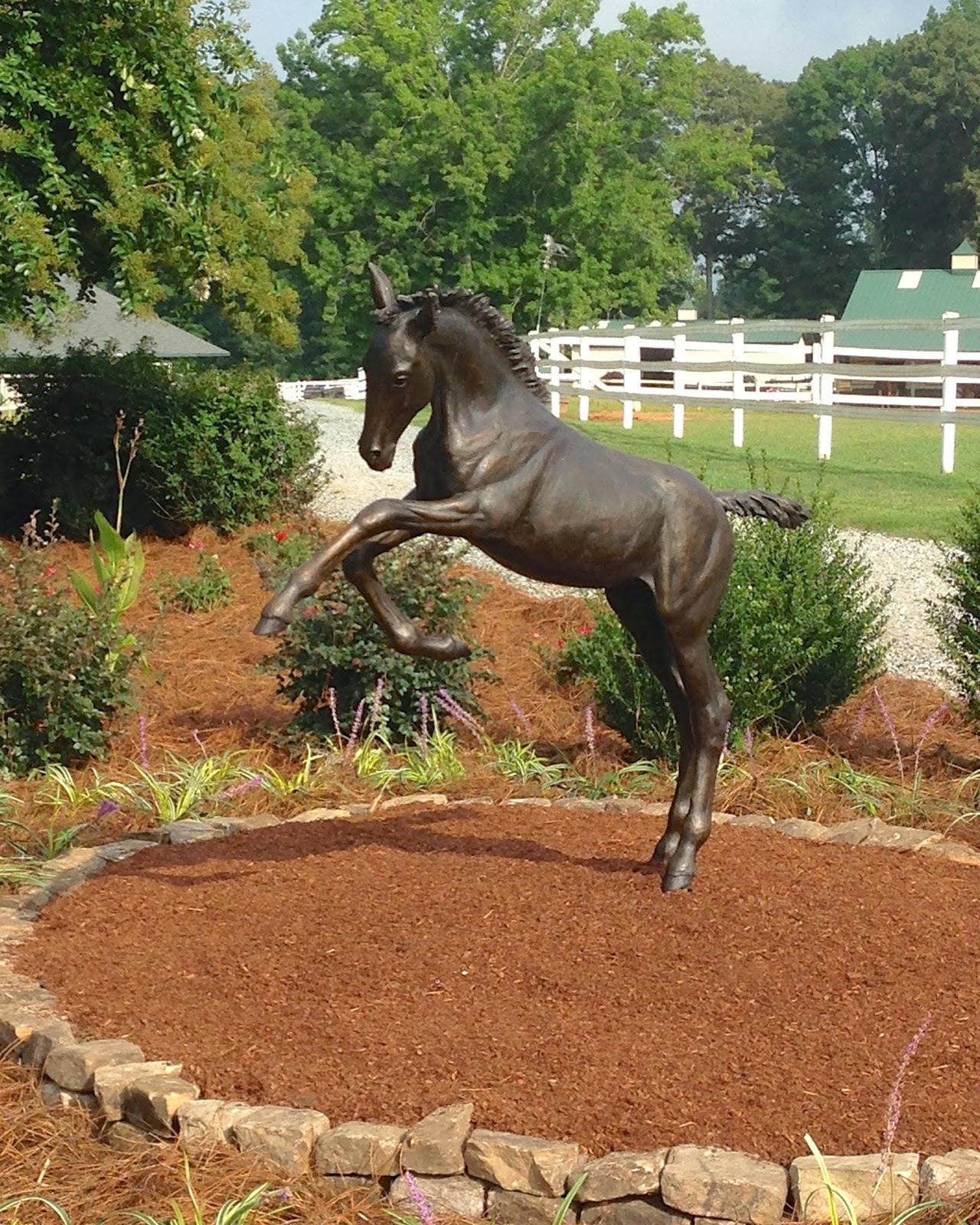 Tribute to Hickstead and induction to the Spruce Meadows Hall of Fame.

As luck would have it, in 2002 when I moved to Bucks County Pennsylvania, I  soon discovered that my neighbor Antony Townsend, operates a wonderful Costume business right there in his 3 story Bank Barn.  For decades, Tony has provided costumes to shows on Broadway, ballet companies, local theatrical productions, as well as USO tours in support of America's troops.
I wandered next door yesterday in search of a blouse or fabric that I could use to create a visual for a commissioned painting I'm currently working on.  The painting is of a client’s mother when she was younger, and is based on photographs taken from an 8mm film.  The film was converted to DVD, and stills captured and printed from the DVD.  The resolution from the original 8mm film is very poor, making it a challenge to determine what the tone of her skin really was and the true color of her hair etc.  The blouse she was wearing was a beautiful blue but the fabric was rather stiff and as I was painting it, it seemed to take away from the beauty and soft features of her face.  I had a look at Tony’s costumes and found a blouse that is made of fabric that is softer, a bit more sheer that compliments her and the overall composition.
Thank you Tony for your help!
Article about Antony Townsend Costumes
Posted by Mary Sand at 4:55 AM No comments:

The road to creating sculpture has taken me down different paths from time to time.  A collector of work in California is in the process of building their dream home, based Cooleemee plantation house in North Carolina.  I worked under the guidance of Ed Watkins of Andrew Skurman Architects, to achieve the look of the original architectural trim positioned above 12 doors within Coolemee.
With the architectural plans specifying varying dimensions, I worked to create a segment of the 'wave' detail in a way that keeps the artistic part of the wave detail intact. The seam, which would later be transparent, is placed at a point where the artistic detail of the wave is not touched when it is cast in plaster and joined together with more segments that makeup the length of architectural trim.

After I created the wave design in clay, based on photographs of the original work from Cooleemee, the clay piece was taken to Deuxpan Art Company where it was scanned using a 3D scanner.  Once scanned, the image was flipped horizontally, creating a 3D image of the wave in reverse direction.  The image was printed in 3D, giving me a positive to make a mold from.  I created corner pieces and  made molds in silicon rubber of the wave detail for both directions and the corner pieces.  The molds were shipped to California, cast in plaster and joined together to meet the door length requirements.
This was certainly a diversion from creating horse sculptures in bronze, but an interesting project nevertheless. 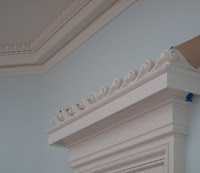 I thought I would start my blog by introducing you to a dear friend of mine, Lawrence Noble.  Lawrence is a Fellow with the National Sculpture Society, a brilliant sculptor, a man of integrity and one of the kindest individuals I’ve known. We met years ago at Artworks Foundry in Berkeley California while casting sculptures and unbeknownst to me, that brief meeting would lead to the beginning of one of my dearest friendships.  In 2007, I called on Lawrence to join me in a proposal for a life-size project and from that time on, we've spent hours discussing the ins and outs of creating sculpture, what inspires us, the meaning of life and anything else that comes up.  The life of an artist can be one of solitude and I find it essential to have that connection to others who can relate on a creative level but also to keep the humor going on this winding road of life.
Enjoy Lawrence's art and please visit his site:  http://www.lawrencenoble.com
Photo of Lawrence and more by Pak Han: http://www.pakhan.com